Fluid like water , was her attitude taking a peculiar shape with peculiar vessels . A child’s laugh , a unique smile which ever couldn’t be compared with that of anybody . Lively by nature , she was the one who would look into the skies and build her fantasies , having a strong belief that one fine day these so called fantasies  would become the biggest and happiest truth of her life !

This is the story of a girl named Ella , who wanted to fly in the skies running on the Earth . The one who would build her own beautiful world where everything was just the way she wanted , everything was so magical and so divine that she could not resist from adding on to it .

And to this happy going life came a twist , Mark Luther . He happened to her such , that she could not believe what was going on in her life ! His attitude , the way he spoke , the way he walked , his gestures , his expressions , his looks , his smile was making her completely fall for him . He was the first one who touched her heart so much so that she found a similarity with him .

And now came a little pause to her fantasies as the real world seemed more beautiful than the reel one .

Every morning her eyes would search him in the front benches of her 6th standard classroom . A Badminton player started loving the Basketball court . The initial days were magical . Every lecture , every hour , every break , every lunch time and even a boring assembly turned out to be extremely beautiful . Such was the infatuation !  She was the one who would admire him standing 10 feet away from him , just innocently looking at him and then immediately turning around pretending to be doing something else , on being noticed .

As the days passed by … she recognized the gap between the two . The gap that became the biggest gap of  her life ever . He being an extrovert and she being an introvert . He was the master of his task and she being a jack of all traits . He a popular personality among boys and girls and she a typical geek . But the magic was such that she started changing her self for the good , for she wanted to be changed . She did everything stupid for her to get noticed by him .

Years passed . But every feeling was just the same as on the day 1 . Just that , now the benches were of 10th standard .

She had grown a lot to his height . She became a class topper . She got noticed ! Just one thing to go for her crush to become her love ! She was to become an extrovert still being an introvert .

Now time and destiny came their ways to have their cup of tea .

It was time to leave the school . Both Ella and Mark were to go on their different paths as per the expectations .

In the last days of their last month being in the school , she every single day was like finding ways to just speak it out .

But the introversion was such …

Days also passed and the farewell day came . He became Mr. Grandeur ( a title assigned to him ) .

Even today she is trying to reach his height to the brim , to become an extrovert still being an introvert ! Although they may never be together now … but she is still in search of someone who is not an autist like her . With whom her introversion works !

And who could answer :

Will ever be crush a love !? 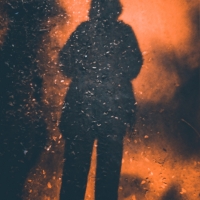 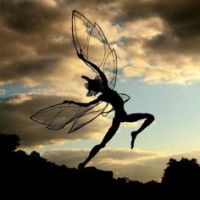